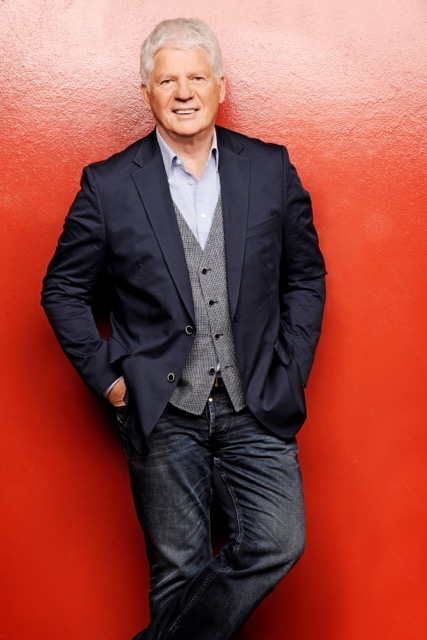 It has been exactly 50 years since soul singer Aretha Franklin landed a world hit with her cover version of the song „Respect“ in 1967. According to Global Topspeaker Thomas M. Stein, however, respect is an issue that nowadays is more relevant than ever – and not only in the music industry. For the well-known music manager has realised that in our interpersonal relationships as well as in our professional lives, respect is dwindling away more and more every day – with disastrous consequences for our personal and professional success. He therefore made respect the central topic of his new presentation "Respect. Power. Success – How community works" and in explicit terms calls for more respect in our society.

A demand Aretha Franklin also clearly voiced in her song, originally performed by Otis Redding, and which perfectly captured the essence of the times. “Respect“ even became one of the protest songs of the civil rights movement in the USA. But respect not only is a successful song title but it is a critical factor backstage, too, as it decides on who will become famous in the entertainment business and, in particular, who will remain so. As an international top manager in the music industry, Thomas M. Stein has propelled lots of musicians to stardom - but he has also seen the fall of many. In his experience, some musicians become arrogant when success sets in. They treat their fellow humans and fans with disrespect and in the end even lose their self-respect.

Thomas M. Stein points out: Respect determines success or failure. Particularly for companies, it is therefore of vital importance that employees, superiors and executives consciously live up to the values associated with respect in their daily work. If respect is lacking, envy and resentfulness will spread. In companies where a ruthless dog-eat-dog mentality prevails and where there’s mobbing among colleagues, valuable energy is wasted needlessly. Where, on the other hand, treating others with respect is the order of the day, this energy can be used for what is really important: These companies are more effective, reach goals faster and their customers are happier with the service provided.

Half a century ago, the demand for respect already shook up society in the form of a song. Today, it’s the key player in the media business Thomas M. Stein who, as a prominent speaker, once again takes up this essential issue in his rousing presentation „Respect. Power. Success. – How community works“ and who demonstrates how to demand more respect from our fellow humans but also how to be more respectful to others. Interested parties may join Thomas M. Stein at the Augsburg Marketing Club on January 30, 2018 where he will present this powerful keynote. To request more information on this event, click here.

Thomas Stein compares the carmakers‘ mistakes with the music business

A global corporation is struggling and with it entire industries and business sites. The… more

After 48 days: Archaeologist D. Görlitz finally back from Oman

The media is writing about experimental archaeologist and Global Topspeaker Dr. Dominique… more