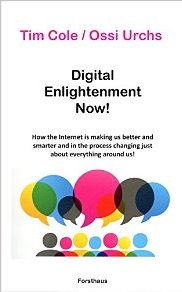 How the Internet is making us better and smarter and in the process changing just about everything around us!

During the Enlightenment of the 18th century societies in Europe threw of oppressive regimes, freed cities from the bondage of the medieval estate-based society, and defined a set of basic human rights that helped shape their sense of self to this day.

Today, we as citizens of an increasingly digitized and networked world are in a similar situation. We, too, need the muster the confidence and creativity to rethink rules, values and categories that define our society and the courage to dare to think for ourselves, as Immanuel Kant, the father of modern Enlightenment, demanded in his famous dictum “sapere aude!”

Trend researcher Jan Berger is CEO of Europe’s most innovative future institute, the 2b… more

Global Topspeaker Dr. Brigitte Bösenkopf talks in her practical lectures about the… more

Dr. Lothar Seiwert, CSP, is Europe’s leading and most well-known expert in the field of… more

Tim Cole, an American expatriate who has lived and worked in Germany for more than 40… more

There is an urgent need for an extreme transformation of the customer relationship,… more

How Life Imitates Chess: Making the Right Moves, from the Board to the Boardroom

Reaching Your Personal Summit with Serenity Steve Kroeger, a shooting star among… more