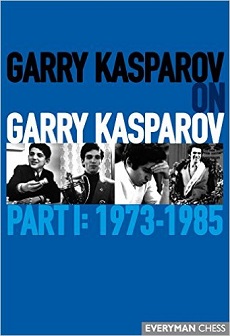 Garry Kasparov on Garry Kasparov, part 1 is the first book in a major new three-volume series. This series will be unique by the fact that it will record the greatest chess battles played by the greatest chessplayer of all-time. The series in itself is a continuation of Kasparov’s mammoth history of chess, comprising My Great Predecessors and Modern Chess.

Kasparov’s historical volumes have received great critical and public acclaim for their rigorous analysis and comprehensive detail regarding the developments in chess that occurred behind the scenes. This new volume and series continues in this vein with Kasparov scrutinising his most fascinating encounters from the period 1973-1985 whilst also charting his development away from the board.

This period opens with the emergence of a major new chess star from Baku and ends when Kasparov finally clinches the world crown – becoming, at 22, the youngest player ever to do so.

Economist Steven van Belleghem is a popular speaker at home and abroad. As an expert in… more

Steve is one of Silicon Valley’s hottest properties when it comes to people, talent and… more