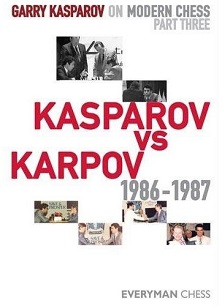 Garry Kasparov and Anatoly Karpov are unquestionably the protagonists who featured in the greatest ever chess rivalry. Between 1984 and 1990 they contested five long matches for the World Championship. This 3rd volume of the,’Garry Kasparov on Modern Chess’ series concentrates on the third and fourth matches in this sequence: London/Leningrad 1986 and Seville 1987. Both matches were tremendously exciting and hard fought and both produced chess of an extremely high level.

Friedhelm Wachs is an excellent strategy consultant to CEOs, CFOs and COOs as well as… more

Dr. Peter Rehwinkel was Member of Parliament, Senator and Mayor in the Netherlands. He… more