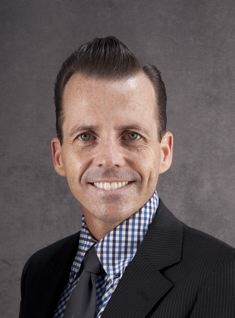 As a comedian, speaker, magician, juggler and emcee all in one 5'5" frame, David Deeble has been called "pound for pound the funniest man alive".

With appearances on The Tonight Show with Jay Leno, Last Comic Standing and America's Got Talent!, David is a multi-tool comedy dynamo with two decades of making events hilarious, successful and memorable. With his seamless blend of razor-sharp wit and contagious goofiness, David makes people laugh about virtually everything under the sun. Whether it's life's little annoyances (airport security, pop-up windows, New York) or the roller coaster that is family life, three currents run through it all: his natural likability, command of the audience and laugh-out-loud material.

David's "Unnatural Act" is a laugh-out-loud, whirlwind display of exotic skills. Whether it's juggling plastic grocery sacks in slow motion or kicking coins into his eye socket, David's how-does-he-think-this-stuff-up skills are always accompanied by his wry commentary and self-deprecating humor.

Companies increasingly find themselves working within an international milieu which breeds cultural confusion, mistaken assumptions and unsanitary cooking surfaces - and that's just the good news. Since 2008, David Deeble has been part of an international team dedicated to the economic, personal and emotional development of its members: he married a German! Whether it's learning to drive as fast as his wife does in reverse or being scolded by his bilingual 3-year old over his inability to say "schleichen", David's funny, surprising and sometimes-exasperating stories of being tied by blood and marriage to people from a different culture brings laughter of recognition that makes merely working with them seem easy in comparison.

David is also the creator of "An Unnatural Act" - a whirlwind display of exotic skills with laugh-out-loud commentary. David kicks coins into his eye socket and extinguishes flaming marshmallows with his mouth while accompanying it all with his irrepressible wry humor: "All that talent and I'm also a notary". Best known for his grocery-sack-juggling routine on "The Tonight Show with Jay Leno", he is also a regular at "The Magic Castle" in Hollywood. His engaging style, intelligent humor and use audience participation spread grease-fire laughter at world-class venues around the world.

In addition to his stand-up and comedy variety show, David breaks the ice at corporate events with two hilarious, inspiring - and hilarious inspiring talks:

The native speaker David takes audiences on a journey through the run-of-the-mill cause of his injury - riding a tall unicycle through a doorway - and learn how obstacles (with an admixture of grit, patience and resourcefulness) led him to create one of the most original one-man comedy shows in the world.

In addition to being a speaker and comedian, David is the creator of "An Unnatural Act" - a whirlwind display of exotic skills with laugh-out-loud commentary. He… more

„David's show is original, intelligent and laugh-out-loud hilarious. He was the highlight of our program.”

„We gave David a very demanding task: to be hilarious AND on-message. He gets an A+!”