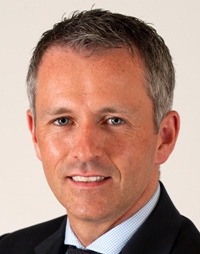 As the former Director of Football Operations at Chelsea FC, Mike Forde belongs to UK’s leading Sports Executives, with more than 15 years experience at senior level in the English Premier League (EPL).

He is broadly recognized as leading figure in the EPL and European Soccer for setting innovation and cutting edge methods across this High Performance world. The English Premier is far and away the most followed sport in the world (more than 900 million followers). A typical live match between two top EPL teams is watched by about 120 million people in the whole world.

From August 2007 on he was Director of Football Operations and Executive Club Director for Chelsea Football Club in the EPL for nearly 6 years. In this role he was engaged in all areas of performance and team operations concerning the 1st team, like player recruitment, sport science, medial, psychology and performance analysis. During this time Chelsea won the UEFA Champions League, UEFA Europa League, the Premier League title and three FA Cups – the most successful era in the clubs history. He was responsible for managing over $500 million in player transfers including multiple FIFA World Cup, UEFA Champions League and European Championship winners. He also worked daily very tight with some of the sport’s greatest-ever coaches like Jose Mourinho, Carlo Ancelotti, Luiz Scolari, Andre Villas-Boas, Guus Hiddink and Rafael Benitez.

Between November 1999 and July 2007 he was Performance Director for Bolton Wanderers Football Club, a team operating under much more limited finances than many of the more famous clubs in the league. He helped lead them to four consecutive top six EPL finishes (a record for the club stretching back over 100 years). Bolton were widely known as one of the most effective clubs in achieving peak performance from relatively restricted resources.

Mike Forde has a BSc in Sport Science from Liverpool John Moores University and an MSc in Psychology and Sport from San Diego State University / Leeds Metropolitan University.

Mike also serves as a Non-Executive Director with the Lawn Tennis Association / Wimbledon and has advised on High Performance Cultures and Talent Management across a variety of global sports including International Rugby Union, International Cricket and F1. He is currently a strategic advisor to the San Antonio Spurs NBA basketball team in the US and to the McLaren Formula One Applied Technologies division. Mike also belongs to the Board as a non-executive Director on two major Private Equity Funds specializing in the Sport, Entertainment and Leisure sector.

Mike is a sought after expert in performance, motivation and sports business, drawing on his elite experience to impart and develop wide-ranging learning, integration and best practice in high performance and its practical implications and transfer to the world of business. He currently delivers over 35 keynote speeches per year worldwide on high performance, teamwork and talent management themes to some of the leading corporations across the globe.