With Bare Hands: The True Story of Alain Robert, the Real-Life Spiderman 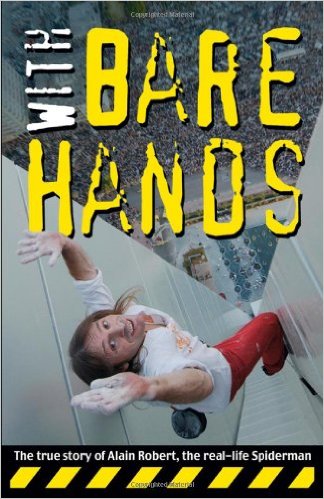 Overcoming vertigo - and countless injuries which have left him officially disabled - the 'Human Spider' has scaled nearly 100 skyscrapers worldwide: from Chicago's Sears Tower to Taipei 101, from the Petronas Towers to the Golden Gate Bridge. Reward and punishment have been received in equal measure - the flamboyant Frenchman has gained international fame and raised thousands of dollars for charity, but has also been arrested, beaten and prosecuted.

Many people ask whether it is madness to undertake such perilous ascents without the use of safety equipment. But in Alain's view, it is madness not to follow your dreams! This is the inspiring story of a man who has conquered fear and exceeded his own limits: the world's greatest urban climber.

Mahmoud Kaabour is a multi award-winning director, writer, and lecturer from Lebanon,… more

Innovative and inspiring: Innovator Stefan Jenzowsky is an expert on new, trend-setting… more

Spiderman Alain Robert is one of the most famous men on earth. His legendary feats,… more

The true Story of a Real-Life Spiderman

The story of a real-life spiderman, overcoming vertigo and countless injuries which have… more

Beyond the challenge: Antarctic ice expedition

Do you believe in magic, in prayers being answered, in dreams coming true and in goals… more