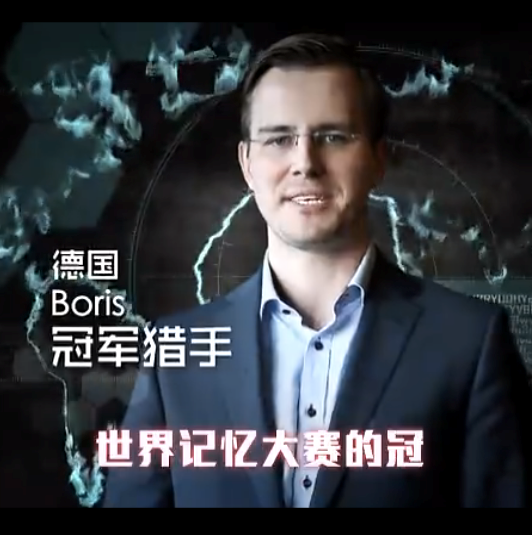 From January 24th to February 1st Global Topspeaker Boris Nikolai Konrad traveled to China. The purpose of his trip was the shooting of the Chinese version of “Super Brain – part two” in Nanjing, China. The memory expert and Keynote Speaker had already participated in this famous show in 2014 and was the only foreign guest to be invited a second time!

The TV Show is called "Zui Qiang Da Nao" - "The strongest brain" and met from the beginning a huge success with the Chinese public. The audience per show, combined online and television, meets more than 100,000,000 viewers. This means extraordinary visibility and prominence for Boris in China!

Keynote Speaker Boris N. Konrad needed to memorize the plan of a huge labyrinth, which he then had to cross, just relying on his brain power. In the show, Boris met his “old adversary” from the previous show, Wang Feng, China’s most successful memory expert and world champion 2010. As of the final results, they will only be presented on Jiangsu TV in China on March 6th. And exactly then the Global Topspeakers communication team will disclose this information as well!

Corporate Governance, how the world of finance ticks

At the beginning of this year, Global Top Speaker Boris Nikolai Konrad traveled to China… more

Great News from Istanbul! Global Topspeakers are thrilled for having learned on November… more