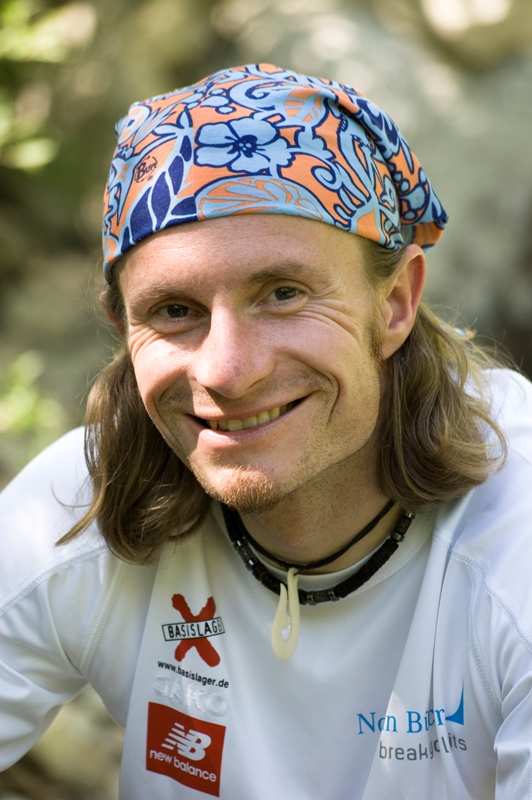 Other speeches by Norman Buecher

All current dates of Norman Buecher

For over seven years, endurance runner and youth ambassador Norman Buecher has been running around the world. He collects the concerns of children and young people to take them to the UN General Assembly. It is the longest and probably most unusual running expedition worldwide and a new challenge for the endurance runner. Just under 20,000 kilometres – that corresponds to a distance half a time around the world. The endurance runner passes 7 continents, 70 countries and countless places. By foot. From Berlin to Istanbul, via Delhi to Dhaka and on to the UN General Assembly in New York. With the mission as a youth ambassador to highlight the goals, dreams and fears of the generation of tomorrow.

The Global Topspeaker is convinced: With the right basic attitude, everyone can make a positive difference! In his presentation for young people, which the endurance runner has developed especially for schools and other educational institutions, he takes away the fears of the future, shows the young audience how they can pursue their dreams and goals and set off into a successful life with self-confidence, courage and curiosity. Using his 7 CONTINENTS project as an example, youth ambassador Norman Buecher shows how to realize a vision and that sometimes you have to break boundaries and venture into the unknown.

Of course, failure is also a part of life. Youth ambassador Normen Buecher has also experienced defeats as an endurance runner, but always found new courage to face life and pursued his goals. In his youth lecture “7 CONTINENTS” Norman Buecher mediates how one has to deal with defeats and to outgrow itself over and over again. As a speaker he conveys a strong personality and self-confidence and seven other central values: responsibility, respect, courage, curiosity, commitment, tolerance and fairness.

With interaction, fun and entertainment Norman Buecher makes his youth talk an authentic and lasting experience. In his lecture for the young generation he motivates them to take social and community involvement into their own hands and thus make the world a little bit better. Youth ambassador Norman Buecher gives the young people impulses that have a long-term effect and make them fit for life.

Creative thinking, Business creativity, ...and that's the reason you are not creative, overcome creative blocks

Expert all around Formula One

Everyone is talking about Motivation. A lot of people are getting sick of it because of… more

Change is the only constant, according to extreme runner Norman Bücher. He must know. The… more

Just imagine: the entire staff of your company doesn’tconsider their tasks as a job, or… more